Dm2 have published the June update to their multimedia iPad book ‘Porsche 911 RSR (Type 991) – 50 Years of Refinement’. The update is free to purchasers of the book and is available from this week from Apple iTunes and the iBookstore. Dm2 would like to apologise for the delay in providing this update – originally planned for the end of July – firstly due to issues with the upload and then delays in the approval process, which took much longer than expected.

The third Round of the WEC series was hosted at the very special Le Mans Sarthe circuit in France. The works Porsche and customer teams Proton Competition and Dempsey Racing-Proton all participated in the 24 Heures du Mans –  the full event, culminating in the race itself – took up the whole first half of the month. And what an exciting race it was too!

Porsche Team Manthey fielded two works cars seeking to repeat the success of 2013 when they won a historic 1-2 victory, first time out for the 911 RSR at the event. This year the #91 was driven by Patrick Pilet, Jörg Bergmeister and Nick Tandy, whist the #92 was driven by Marco Holzer, Fred Mako(wiecki) and Richard Lietz.

Proton Competition were in their usual WEC car (#88) with drivers Christian Ried, Klaus Bachler and Khaled 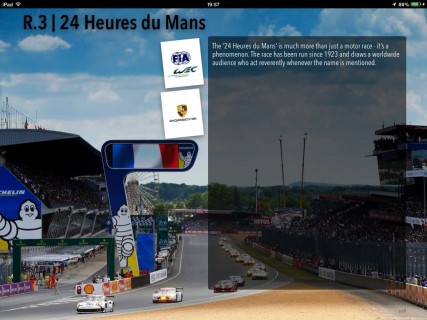 Al Qubaisi. But gaining most of the attention this year was the Dempsey Racing-Proton 911 RSR (#77) driven by superstar Patrick Dempsey, Joe Foster with Porsche works driver Patrick Long on the teams third outing at the circuit. Last year the trio just missed out on a podium place and were determined to achieve it this year. 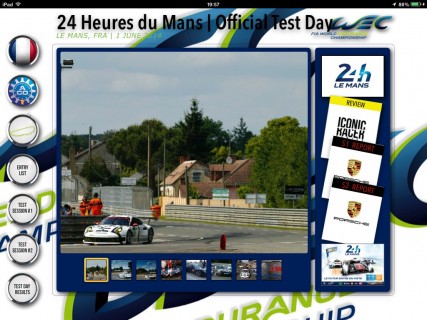 Meantime, we managed to catch up with Khaled Al Qubaisi, the Emirati driver in the Proton Competition team, and have a feature on his career to date, with a revised and much more detailed biography. We are actively discussing with a number of works and customer drivers and hope to be able to do more of the same in future updates.

At the end of the month, IMSA visited Watkins Glen International (WGI) for the Sahlen’s 6 Hours of the Glen, the fifth round of the Tudor Series (for GTLM) and the third of four Tequila Patron races. An exciting race, but the Porsches were outclassed again by the Corvette C7.Rs. There has been some talk and calls that the Balance of Performance (BoP) for the 911 RSR should be reviewed for both WEC and IMSA future races.

Meantime, we have been very busy researching and compiling all the appropriate documentation, photographs and video as well as creating new graphics and reviews for both of these races.

Finally, we have also gone through the book updating with extra photographs, some new headers, and more