Gulf Racing have just taken delivery of their Porsche 911 RSR.

From the Gulf Racing Facebook page . . .
“Gulf racing are pleased to announce a change of car model for the remaining rounds of their 2014 ELMS campaign. Having 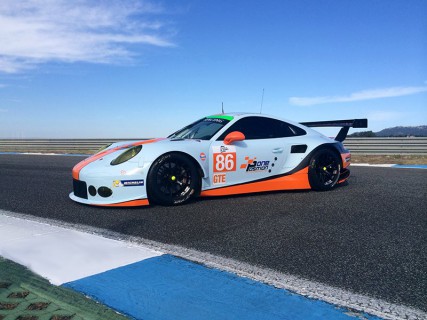 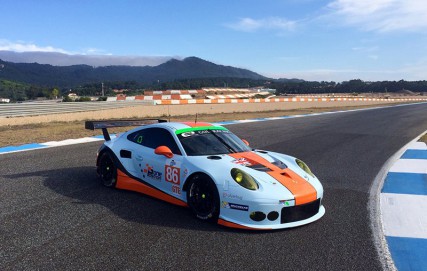 recently taken delivery of the new 991 RSR from Porsche this car will be used under the #86 GTE entry from the Paul Ricard event.

The car is now fully prepared and ready to race, a comprehensive testing programme is also in place over the next few weeks where the team and drivers will familiarize themselves with the new equipment in preparation for the remaining races.

#86 driver and team co-owner Mike Wainwright said “In the knowledge that this is the first Gulf liveried Porsche in over 30 years of international motorsport and a particularly competitive car in that, one can only be excited about what the future holds. We are all extremely keen to see the car racing and with that hopefully bringing the results the whole team deserves”

With two rounds of the championship remaining and with the Aston crew showing good form in the last round at the Red Bull Ring, the team are looking forward to closing the season on a high with both the #86 991 RSR and the #85 Vantage.”