100 plus High Resolution photographs and numerous videos are already included in the book, with more to follow. With sections on Porsche history in car making, Porsche road and racing history with the 911, through the generations to the road going new type 991 and the 911-50 Anniversary Edition. The book features driver and team bios; detailed track, race and series information; social media links and much more. 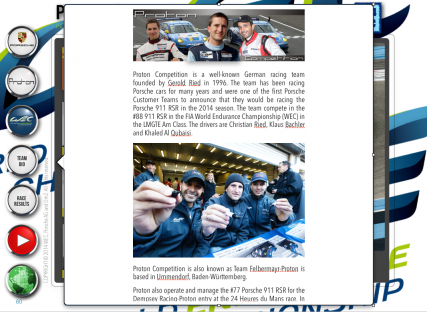 The indispensable guide to the Porsche 911 RSR for all Porsche and GT racing fans.

The book, currently approaching 140+ pages, documents this very successful racing car from its inception in 2012 to date-and it does not stop there. The book breaks new ground by being a living document that will be updated with the latest WEC and TUSC race detail and media on a monthly basis through the 2014 racing season. Updates are freely available to subscribers via Apple’s iTunes.

We are in discussions with a number of high profile manufacturers and teams, so login regularly for the very latest news.

Availability: From the Apple iBookstore NOW!  Available for download to all Apple iPads and OSX Mavericks-based Macs with iBooks. 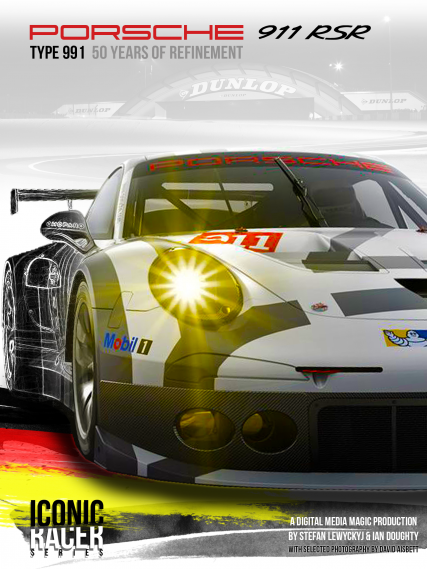