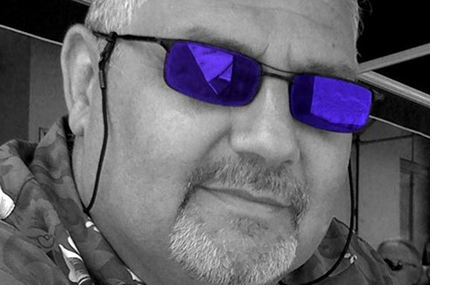 Stefan Lewyckyj has been involved in many aspects of the computer industry more than 25 years.

During these years, Stefan has created and built several successful companies involved in distribution, import and export of computer-related products, which gradually evolved to provide highly customised, branded products to corporate entities in the UK and Europe.

He began collaborating with Ian Doughty in the mid-1990’s. Ian became the core designer, working on a number of design projects for clients during this period. “We work well together because we have similar values – to create good, innovative designs; different, simple yet classic. I would usually start things off with a vague idea or concept, but the end result is one where we are not quite sure who-did-what as we constantly refine until we are both happy. The final creation of Dm2 is definitely more than the sum of the two. When we were looking to setup Digital Media Magic (Dm2), Ian was without doubt the first choice to partner.”

The shifting global market forced Dm2 to re-focus our efforts, in fact back to our roots. Our passion for and knowledge of motorsport eventually led to the new and innovative world of multimedia and the creation of multimedia books for the Apple iPad. The initial ideas expanded so that we incorporated all of the background we ourselves would demand as motorsport fans – detailed original documents, information on cars, drivers, teams and tracks with high resolution photos and videos, links to their media sites, etc. We have tried to create an ‘experience’ for the fan, with all the information that they would need – and which would be very difficult to find – literally at their fingertips.

Our first book focused on the beautiful but brutal McLaren MP4-12C GT3, a really special racing car from the same stable as the McLaren Formula One, a car that is gathering more and more success and trophies as each year passes. Certainly, initial reaction to the book by both Apple and automotive reviewers has been very encouraging and rewarding.

Our new book documents the stunning Porsche 911 RSR (Type 991), the very successful racing car that Porsche based on their current seventh generation 991, the 911-50 Anniversary Edition for 2013. In this second year of competition its participation in races around the globe was extended by a second works team – Porsche North America – which will compete in the Tudor United SportsCar Championship (TUSC) and at the same time it was made available to a very limited number of Customer Teams. At almost US$1.1 million each, we are not surprised at the limitation of ownership and subsequent running costs! Porsche Motorsport assistance in providing media access and information was invaluable to the accuracy and authenticity of the book.

“We focused on the things we felt were ‘light’ in the first book – driver and track details, some more technical information plus a cleaner and easier-to-use structure were the primary objectives.”

We certainly hope to bring more design and innovation to the multimedia marketplace and have a number of exciting projects under discussion.

Stefan Lewyckyj is a Director and CEO of Digital Media Magic Limited.